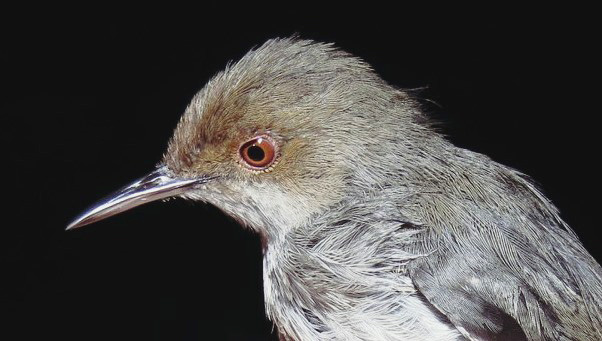 In a new paper in Ostrich: Journal of African Ornithology, Dr Gabriel Jamie, Dr Samuel Jones, Emidio Sumbane and Merlijn Jocque present the results of a three-week expedition to three poorly-known mountains in northern Mozambique: the Njesi Plateau, Mount Chitagal and Mount Sanga. These mountains had received little to no previous biological surveys, but are the only known locality of the endangered Mozambique Forest-warbler Artisornis sousae (formerly Long-billed Tailorbird A. moreaui sousae). During the survey, the authors found healthy populations of the tailorbirds on all three mountains along with two new species for Mozambique. They also recorded several range extensions of both conservation and biogeographical importance including a new population of the highly localised Dapple-throat (Aracanator orostruthus). Overall, they find that the birdlife of the Njesi highlands are more biogeographically linked to Tanzania, than to mountains farther south in Mozambique and Malawi. Their results illustrate the critical value of even small Afromontane forests on remote highlands for some of Africa’s least known, and most threatened avifauna.

During this year’s British Science Week, we’ve been engaging with local school children in Cambridgeshire. Mairenn Attwood led interactive talks at the Thomas Clarkson Academy in Wisbech,  a school partnered with ‘Teach First’ (a charity aimed at reducing educational inequality).

END_OF_DOCUMENT_TOKEN_TO_BE_REPLACED

Our paper “Limits to host colonization and speciation in a radiation of parasitic finches” has just been published in the journal Behavioral Ecology. In this study, led by Dr Gabriel Jamie, we explored the factors which limited the colonisation of new hosts by brood-parasitic Vidua finches. Speciation in these birds is closely connected with the colonisation of new hosts. Therefore, if we can understand what limits this process, we can understand what has limited the diversification of this radiation.

END_OF_DOCUMENT_TOKEN_TO_BE_REPLACED

The amazing mimicry shown by nestling Pin-tailed Whydahs of their Common Waxbill hosts is showcased in David Attenborough’s Life in Colour the latest natural history documentary on BBC One. Filming of this sequence by Nick Green and Max Hug Williams of Humble Bee Films took place at our field site in Choma, Zambia, with Dr Gabriel Jamie acting as scientific consultant and contributing sound recordings.

You can watch the sequence in Episode 2: “Hiding in Colour” on BBC iPlayer.